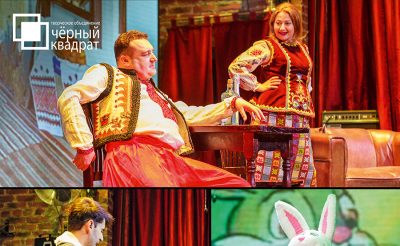 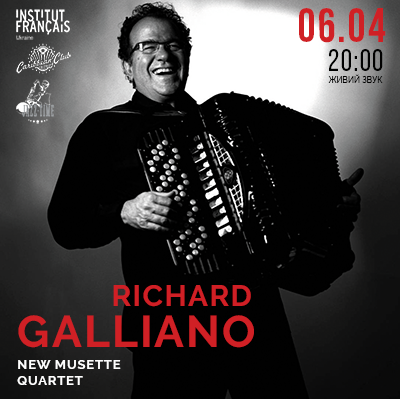 More than thirty years ago, he undertook to prove to the world that the accordion was not old-fashioned at all, and turned it, along with the trumpet and saxophone, into a major solo jazz instrument. He created his musical genre, combining jazz and Mediterranean folklore and calling it ‘new musette’.

French jazz accordionist, one of the students of Astor Piazzolla – Richard Galliano, who is called ‘The Sacred Monster of Jazz’, and his quartet will play their outlandish musical ‘rafting’ in the Caribbean Club on the 6th of April.

At the age of four, Richard followed his father’s example and picked up an instrument that, to be honest, was not so honored by the serious musicians. Galliano took the accordion.

Richard decided to prove to the world that the accordion can sound in any musical genres.

He started with the pop: he played with Claude Nugaro and worked in his orchestra as a conductor, arranger, and composer; Collaborated with Barbore, Serge Reggiani, Charles Aznavour and Juliet Greco.

Then he took up his beloved jazz and proved that ‘piano is for the poor’ has a place in the jazz band. Since the early 80’s, Galliano shared the scene with Chet Baker, Michel Portal, Ron Carter, Michel Petrucciani, Jan Garbarek and many others.

Galiano’s life turned over the meeting with Astor Piazzolla in 1983. They worked together on a music project for Comedy Francaise. Piazzolla simply said to Richard: ‘Turn to the roots, to your French roots. You have to create ‘new musette’, just like I did in my time with ‘tango nuevo’. And Galliano followed his advice.

How does the ‘new musette’ sound? Like Argentine tango and Brazilian melodies, like swing and French chanson, both African-American rhythms and classical works of great composers at the same time.

‘As soon as I begin to feel trapped inside one genre, I immediately want to break these boundaries. I prefer to be called just a musician,’ Galiano loves to say.

Just a musician who revived the musical tradition of France, the student of Astor Piazzolla, who, like his mentor, invented a new genre – Richard Galliano and his quartet, is on the 6th of April in the Caribbean Club! 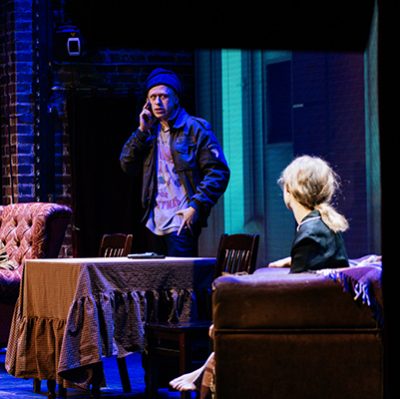 Theater "Chjornyj Kvadrat"
Apr
8
Wednesday
Performance “Take off your clothes – let’s talk!”
Start time: 19:00
Ticket price: 240—580 HRN
We are waiting for you on the night program 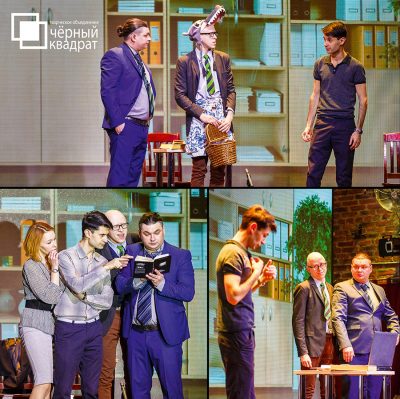 Theater "Chjornyj Kvadrat"
Apr
29
Wednesday
The play “The Office. Light the desire”
Start time: 19:00
Ticket price: 240—580 HRN
We are waiting for you on the night program
Last News