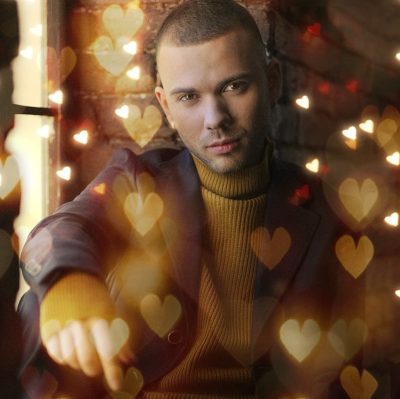 On 14th of February on the stage – singer LAUD.

Why go to a LAUD concert?

hear live the corporate voice of the show “Dancing with the Stars”;
madly dance to the hits “Tonight” and “Dirty Dancing”;
enjoy the unusual timbre of the artist and the beauty of his lyrical compositions.
LAUD is called one of the brightest and most talented performers of the Ukrainian pop scene, it has long been an integral part of it. The singer’s lyrical hits are of interest not only to young fans, but also to their mothers.

LAUD’s debut album with the eloquent title “Music” was warmly welcomed by music journalists, and his first single “Tonight” became the artist’s calling card and has not left the air of leading Ukrainian radio stations for over three years. His performances at the National Eurovision Song Contest with the songs Waiting and “2 Days” were highly praised by star judges and viewers.

The status of the young star is confirmed by high places in the charts of streaming platforms and more than ten and a half million views of videos on YouTube.

The memorable vocal manner and the unusual timbre of LAUD conquer literally from the first notes, and the beauty of the melodies demonstrates the unconditional talent of the composer.

On February 14th LAUD will play a solo concert, where the public will be able to hear the updated program. In addition to fans’ favorite songs “To This Night”, “Invented” and “2 Days”, will sound the single “Dirty Dancing”, released last year. As always on the LAUD show, listeners will find musical surprises and unexpected premieres.


Check out the rules of the «Caribbean Club», as well as the new safety rules related to COVID-19
CALLBACK
RELATED
Last News